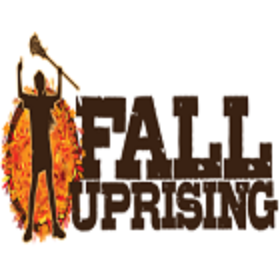 2017 Blue went 4-0 and DOMINATED their bracket, scoring 64 goals and allowing only 18 over the course of 4 games (average score of 16-4). Games were played against STORM F-burg (VA), Victory Black (PA), SOMD Revolution (MD) and Ravens (MD). Their undefeated record placed them 1st in their division and led them to a semifinal playoff game against Capital 2017 Blue. This game was the most competitive of the day and ultimately, Capital moved on to the finals against M&D. Overall, 20 2017 teams competed and Blast finished in the top 4! Great job girls!

2018 Blue played in an extremely competitive bracket alongside Elite (MD), Rebels Black (MD), Carolina Flight (NC), and York Invaders Black (PA). Each game was very physical and well fought. In the game vs Elite, Blast controlled the pace in the final two minutes of the game to come away with a 10-9 win! Against Rebels Black, both teams were aggressive and well matched but unfortunately, time ran out at the end and the Rebels pulled off an 11-9 win. Against Carolina Flight, Blast dominated in every area of the field and finished the game with a BIG team win. In their final game against York Invaders Black, the score was back and forth for all 50 minutes but the Invaders were able to hold onto a 2 goal lead to win 8-6. Blast 2018 Red played against Next Level (MD), Ravens (MD), York Invaders Silver (PA) and SuperNoVA Blue (VA). In their first game of the tournament, 2018 Red played Next Level and had an extremely exciting come back win. Despite being down to start the 2nd half, the team pulled together for some amazing transitions to finish out 9-6! The game against Ravens was also very exciting, as Abigail Evans put three consecutive goals in the back of the net for Blast to take the lead towards the end of the game!

The 2019 bracket was the largest with 33 different teams competing over the two days. Blast 2019 Blue faced Redshirts (MD), Hero’s White (MD), No Excuse Blue (TN), and ESLC Pirates (MD). 19 Blue defeated the Redshirts as well as No Excuse Blue and tied ESLC Pirates; Hero’s White proved to be the division’s toughest team. Blast had nine different goal scorers in their big team win against No Excuse Sunday morning. Against ESLC Pirates, Haley W. had the buzzer beater goal that evened up the score! Overall, 2019 Blue played very well as a group, scoring 45 goals over their four competitive games! 2019 White went 500 on the tournament after facing M&D Red (MD), Crash Black (VA), Victory Black (PA) and SuperNoVA Gold (VA). M&D Red was the team’s toughest game – M&D continued on after bracket play to be named the 2019 tournament champions. With strong team play between the 30s and on the defensive end, 19 White was able to defeat both Crash Black and Victory Black. The game vs SuperNoVA was extremely competitive (halftime 4-4) and full of big plays by many defensive players, including goal keeper Liz Coll.

Want to see pictures from the event? Check out our Facebook page!